Cryptocurrency In India: How Safe Is It?

What are the impacts of cryptocurrency in India? It is undeniable that cryptocurrency has affected every aspect of life, be it finance, e-commerce, e-learning or even communication. The e-wallets have emerged as a craze amongst all age groups, with their feature of providing security against hackers and cyber frauds in India. As demand for the best cryptocurrency increases rapidly, many people are interested in the subject, as they want to know how it affects their lives. Let us try to understand the risks involved in cryptocurrency better.

You can also get in touch with our experts on cybercrime security in India to learn more about the latest trends in cybercrime, complex cryptocurrency risks, and other techno-legal advisory services. 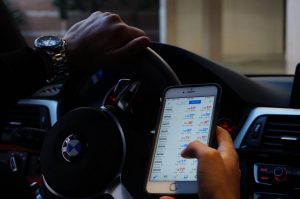 There is a fundamental difference between the currency we use and the one known as cryptocurrency. The latter, cryptocurrency, is something completely different. It can be described as an asset that exists independently from its owner. Hence, like real estate, the value of this asset increases with the increase in demand and vice versa. Also, cryptocurrency, unlike the usual legal tender, does not follow any specific cyber security law.

Cryptocurrency can be defined as the monetary value that an entity holds in exchange for the certainty of gaining a particular benefit from its sale. These benefits could be in the form of cash, securities, software and other assets. If you look at the history of the economy, it is evident that economies have built up reserves of various resources throughout the ages. In this regard, paper money was used throughout, but it is being affected in terms of its value after the introduction of digital currency.

This is because of the impact of cryptocurrency on the economy. Cryptocurrency has been defined as attempts by individuals or institutions to track, store and trade various digital goods and assets without using money. So, it is evident that cryptocurrency has created several challenges to the legitimacy of the traditional monetary system in India. So much so that the Regulatory bodies declared that it would not interfere with the domestic flow of cryptocurrencies. It has not even regulated the transfer of certain assets abroad or who can invest in cryptocurrency.

There have also been some negative impacts of cryptocurrencies in India. For instance, when the popular prepaid debit card was introduced in India, people were excited by the idea and invested in the program. Later they came to realise that the value of their prepaid cards was decreasing day by day. According to them, even the best cryptocurrency is only beneficial if there is a direct conversion of the value of the tokens used in the prepaid cards into actual currency. However, there was no guarantee of conversion or growth even then.

Also, the government has raised several concerns against the misuse of cryptocurrencies. They have also raised questions regarding the efficacy of cyber security companies in India. A large number of people have also been detained in the ongoing cybercrime investigation in India. The Regulatory body has issued a statement saying that cryptocurrencies may become necessary for economic development in the near future. Apart from these, there are several other concerns over cryptocurrency risks raised by the government as well.

At Cyberra Legal Services, our expert data privacy & cybersecurity team has collectively spent years delivering dedicated techno-legal services to our clients. Over the years, our proud team has handled all kinds of cyber world issues across every industrial sector with finesse to make us a premier cybersecurity organization